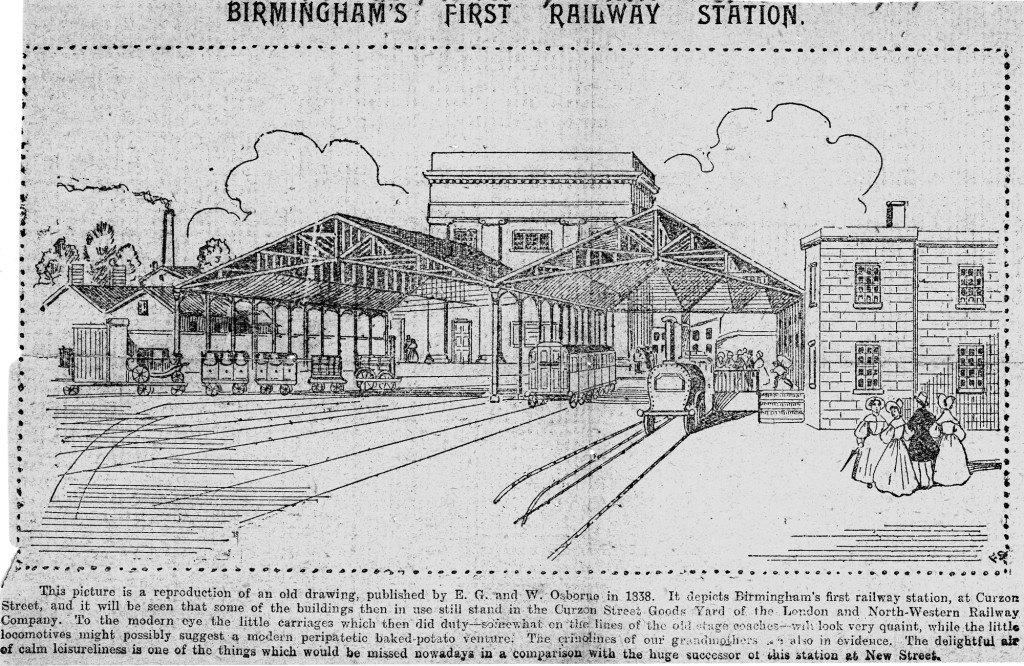 Found in a box of old books was this newspaper cutting. It was yellow and fragile, but with no indication of which newspaper nor of the date, but there is a strong indication of that in the caption comparing the locomotive with a modern peripatetic baked-potato venture.

The caption names the drawing as one published by EG and W Osborne in 1838 and it may have been included in the book they published in 1839, “Osborne’s Guide to the Grand Junction Railway”.